People Who Inspire: Dominick Domasky on the flip side of failure 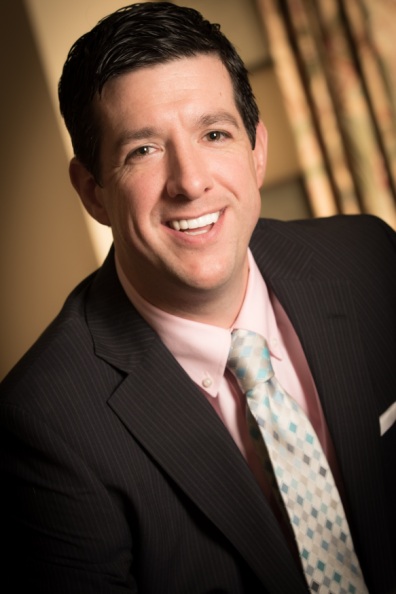 In 2005, Dominick Domasky was a 26 year old entrepreneur who was a half million dollars in debt. His restaurant went under, he was bankrupt and the law was after him for unpaid taxes – all while his wife was pregnant with their first child.

It wasn’t the best year of his life. Or was it?

That was the year Dominick turned failure upside down by choosing not to give up. He paid off his debts one at a time and he held on to the things no one could take from him – a positive attitude and the entrepreneurial spirit that he inherited from his father.

“My dad was the owner of a landscaping company for 45 years. At the age of 14, I was working for him in the trenches digging ditches and picking up cigarette butts.

Times were different in the 80’s. My dad and I hung out together at the local clubs and pubs, shooting pool and getting fish sandwiches. There was always so much joy being in that environment. I loved the camaraderie and I loved to cook. I knew that’s what I wanted to do,” Dominick said.

He was 23 years old when he opened the restaurant. “This was before the housing bubble broke, when you could borrow from the bank and they didn’t need much more than a signature. To get by, I took shortcuts running it and it cost me. I could see myself becoming a person I didn’t want to become, but I knew no matter what I went through that I’d get through it.

When I was a half million in debt and the doors were about to shut everybody was saying, ‘I’m sorry, that’s too bad; That’s a shame. In my mind the day the doors closed I thought to myself, ‘Hey I didn’t lose $1,000 today.’

About a month after my restaurant closed and I had secured a job in sales that didn’t start for a few months, I told my dad I would help him out as he needed at his landscape company.  I asked for the opportunity to do any odd jobs that he wanted done. I said I would work for any crew and accept the pay for whatever the lowest laborer got paid.

After a week or so I made around 200 bucks and felt like I was rich when I was able to take my wife out to dinner at Red Lobster for the first time in years.  It’s all perception,” he said.

His new job in sales would give him life-changing goals.

Dominick explained, “I took a job selling ads in a phone book. I wanted to take a chance where I controlled my own destiny. With the restaurant, I could only pull so many people in. But in sales, it’s one more call. It’s about persistence and going in one more door.

The company I worked for wanted me to write my goals down every day. I found a tiny spiral notebook that I had used years before and put my pen to the pad. That was the light. Goals became sentences and sentences became paragraphs. Before long I had a bigger goal, and I wrote on the cover, “First Book.”

Seven years in the making, Dominick’s first book, “Don’t Double Bread The Fish” was published in 2013 by Motivational Press. It’s a story of failure, persistence, and success. In it, he shares these lessons he learned along the way. “What I learned from writing is to tell the world your goals. It keeps you accountable,” he remarked.

The Sound of Rejection

He would go on to take a job in insurance sales, which taught him more about what it takes to succeed.

“With insurance, I’m cold calling. When I walk through the door, I’m just trying to meet someone. I like talking to the people. I’ll hear, ‘We don’t take cold calls.’ When you get that rejection, you take a deep breath.

Sometimes a day of rejection and getting beat up by gatekeepers and business owners is far easier than a day around the house with the kids.  Sometimes I say I need to go cold calling just to get my sanity back,” he said jokingly.

In sales, no just means no for today and no for now. There is always tomorrow,” he said.

The obstacles that Dominick has risen above seem small when he compares them to his toughest challenge. “It was the day the doctor told my wife, Liz, and I that our three year old son, Cameron, had Juvenile Diabetes. He is dependent upon insulin to live.

When he was first diagnosed, you’re dealing with so much. Here is our little boy with arms as tiny as a pencil and my wife and I are giving him five to eight shots a day. He turns nine years old this month and now he is only poked three times a day as a pump delivers his insulin.

Cameron is tough as nails. He plays baseball, basketball, does Jiu Jitsu and mixed martial arts. He knows fighting. It does get to him but he doesn’t let it hold him back. He wears his insulin pump with a sleeveless shirt. He doesn’t care what others think. I wish I had that kind of confidence,” he said.

Dominick said he knows it’s nothing compared to what others are going through. “I always tell him everybody has something different they are dealing with. Your attitude determines your altitude,” he commented.

No Place I’d Rather Be

He shares that inspiration as a host of “Your Kind Voice” radio, a global weekly interview program. Dominick is also a motivational speaker.

He commented, “I began doing motivational speaking after “Don’t Double Bread the Fish” was published. Twitter followers encouraged me and invited me to speak. I have a blast doing it. You learn what people want.” There’s a certain high when you’re speaking that’s similar to making a big shot on the basketball court. You can see a spark when people get it. There’s no place I’d rather be.”

Dominick’s inspiration is on Twitter @domd100 and on his website at www.motivationchamps.com. There, you’ll also find his book, plus two more when they come out this year.

“The Unofficial and Uncensored Guide to Fatherhood” will be released in time for Father’s Day. He said, “It was written by nine loving fathers from across the country – from different upbringings – who come together to share some unofficial and uncensored lessons for fathers, parents, and caregivers.” And later this year, Dominick’s “The Journey of a Grunt” will feature inspiration and lessons learned from every job task or chore.

The Flip Side of Failure

Dominick learned these lessons by falling, but refusing to stay down. “I can put my hand on the back of my shirt and lift myself up. Failure may mold me. It may shape me. I may have scars, but it doesn’t define me,” he commented.

One of his favorite quotes is, “That which does not kill us makes us stronger.” It’s a belief that has turned this ordinary guy into a heavyweight champion of motivation.

Now he’s bringing others into the ring and empowering them – to get back up and try again.

Please join me in letting others know there is a flip side to failure by sharing Dominick’s story with your friends. And for more motivation to move you forward, follow MaryMotivates here, on Facebook and on Twitter.